Just make sure to install exiftool first before you use this tool. On Windows please remove the (-k) from the filename and put the executable inside the plugin folder or at any other place where you prefer to have it. On Mac OS X it’s an installable package anyways.

As of Version 1.9.0 ExifTool comes bundled with the plugin.

You need at least Lightroom 3 to run this plugin.

LensTagger is free! Free to download, free to use, free as in beer. There is no extra version for those that have donated. If you have already donated: Thank you very much, I really appreciate it! 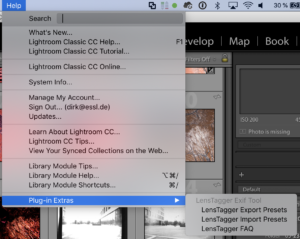